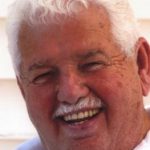 He was the respected owner of Ayotte Plumbing, Heating and Air Conditioning in N. Chelmsford for more than 41 years employing countless technicians in the Merrimack Valley.

He was a founding member of the Varney Playground and Chelmsford Recreation Commissions. He founded, coached and officiated the Chelmsford Junior Football League, affectionately called, "Harry's League." Harry's love for sports drew him towards honing not just the skills, but the character and integrity of young athletes. He was an esteemed coach and manager from Little League to the professional level for more than 50 years. Harry's devotion to the development of young athletes produced many distinguished players and coaches.

Harry received many commendations including the Jaycees Distinguished Service Award, and the Chelmsford High School Alumni Association Golden Lion Award. He was also inducted into the Massachusetts Baseball Coaches Hall of Fame.

Harry graduated from Keith Academy in 1953, got married in 1955, joined the Marine Corps then started a family. His coaching career began in Little League in Lowell. His Mother-in-law told him one of the teams needed a coach, and the rest is history. He also started youth basketball and bowling programs for under- privileged youth in Lowell.

He won a number of Championships and awards for the work he did with youth in his lifetime.
He was selected as Massachusetts Baseball Coach of the Year in 2000 and as Massachusetts Assistant Baseball Coach of the Year in 2010, he has a baseball field dedicated to him (Ayotte Field in North Chelmsford), first by Chelmsford Little League and the Town of Chelmsford, and then by the High School Team and recognized by the State Senate.

With all he did for the youth community, he always had time for his own children. He became a licensed Umpire during the time his sons played baseball, so he could see them play. He began youth football in Chelmsford by instituting what became known as “Harry’s League,” which evolved into Chelmsford Pop Warner. He raised money to outfit four teams; coached and ran practices on Saturdays for all four until he was able to entice four coaches to assist - then umpired on Sundays. As Commissioner of the Chelmsford Recreation Dept., he instituted the youth hockey program, recreation programs at the town parks, swimming programs at the lakes and many others. He coached and managed at all baseball levels: Little League; Legion; High School; Eastern Mass; Stan Musial; and a Triple A team of Professional Baseball. He began the Northeast League for High School Aged players during the summer, and brought a team from the New England Collegiate Baseball League (a wooden bat league) for showcasing mostly New England eligible college players looking forward to playing in the “Big Leagues” to the area.

He was extremely honored to receive CHS Alumni Association’s Golden Lion Award for “his generous and continuing support of the students of Chelmsford High School.” Even though he was not a graduate of Chelmsford High School, he had “The Heart of a Lion”. The position he loved most was Assistant Baseball Coach at Chelmsford High. He loved teaching the kids the finer points of the game and the finer points of life. He enjoyed sitting and talking with them. He had so much to offer: his one-liners, his advice and his “love of the game” were all enjoyed by the boys. Harry would be proud to know that someone who loves baseball as much as he did will receive a scholarship in his name.